So with this, Sweden was protecting a terrorist all this time! if maybe he is guilty.

So that means Sweden just turned an innocent man for the favor of joining NATO? this man might be tortured or killed at any point.

external-link
This puts us in front of 2 questions. 1- If this person is a terrorist, what he was doing all this time in Sweden? Why Sweden now decided to turn him to turkey? does Sweden support and protect terrorist groups? 2- If this person is not a terrorist to be kept all this time, is Sweden is turning an innocent man and violating the international law?
fedilink
12
external-link

No, it’s true, Germany allowed the US to use the military bases for logistics. so its involved by one way or another.

Yeah, Germany is always ready to go to war for the US. so, this is something to expect.

link
fedilink
@jay91@lemmy.mltoasklemmy@lemmy.ml•Can i get updates from Lemmy if i deploy my fork on Gitea?
link
fedilink
4•
edit-2
14d

In fact there is already an RTL fork of lemmy-ui which could help you get started.

i saw this one, as i had a discussion about it on Github.

I absolutely don’t mind merging any changes with Lemmy as will pay for this by one way or another, all is care about for now to find a developer who can implement all these changes.

link
fedilink
@jay91@lemmy.mltoasklemmy@lemmy.ml•Can i get updates from Lemmy if i deploy my fork on Gitea?
link
fedilink
4•
edit-2
15d

1-I will ask someone to help with the RTL.

2- Card View on mobile is very important, so yes that’s to be done as well. (I don’t like the current view of Lemmy on mobile) Hexbear.net on mobile is good.

3- I will ask the developer to add Q&A option to the posting form, when the option is checked, a Q&A label must be shown next to the title of that post.

4- Fields for sponsored links to fund the service. Donations culture is not that big in my place.

5- The homepage on desktop will be redesigned, the list of posts will be in the middle, with 2 sidebars, on the left and right.

Can i get updates from Lemmy if i deploy my fork on Gitea?

I'm not that technical person, i need to hear from you. I'm planning to hire someone to modify a Lemmy fork for me as i need to add new features, also i have to declare the source code to align with AGPL-3. The question is, if i put my code on self-hosetd Gitea can i get the important updates from the master brunch of lemmy on github? especially the security updates. Please tell me if this is possible!
fedilink
11
message-square

Can i get updates from Lemmy if i deploy my fork on Gitea?

fedilink
@jay91@lemmy.mltoWorld News@lemmy.ml•Ukraine-Russia war: G7 countries will back Kyiv 'for as long as it takes'
link
fedilink
1•2M

No one can overthrow them; the gang is controlling their lives. the system works this way.

Its not an apocalypse so to be given for free, this food meant to be sold. go find a job and buy the food.

Ukraine-Russia war: G7 countries will back Kyiv 'for as long as it takes'

Ukraine-Russia war: G7 countries will back Kyiv 'for as long as it takes'

It’s all about the time, let’s wait for the winter. The winter is coming.

This will put the US in front of a big test, let’s see how they will deal with their European allies’ major problem. 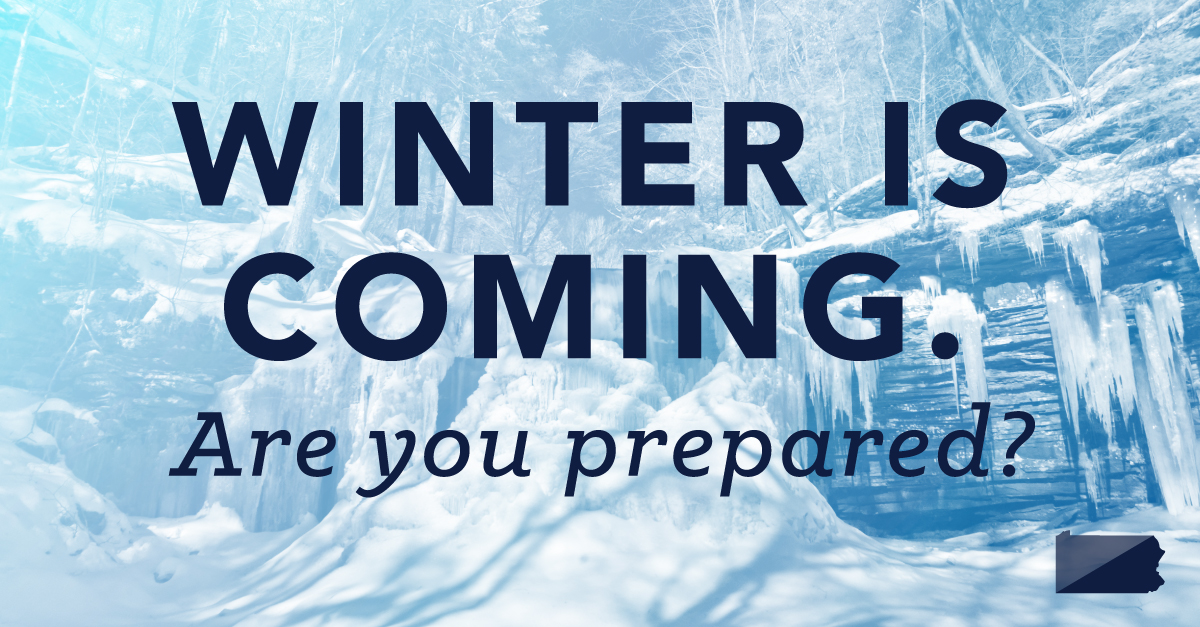 What are the biggest websites build with open source software?

Are there big websites build with open source software that gets millions of visitors every month?
fedilink
23
message-square

What are the biggest websites build with open source software?

I tried almost all of them, it didn’t work.

This will not change anything. the US and the Europeans will keep promoting for this as a political trick, but yet, they will keep buying oil from Saudi. The Saudi royal family lured Khashoggi to Istanbul, and killed him in a very messy operation, what happened? of course nothing, here is our boy MBS walking free.

What prevents lemmy team from making Cardview on mobile like Hexbear?

So the question is clear from the title. i was searching the web and found a website called Hexbear https://www.hexbear.net/. after looking at it for a minute found that this website is a modified fork of lemmy, but checking further found that hexbear shows the posts in cardview which looks better than the standard view of lemmy on mobile. Any plans to allow cardview for lemmy on mobile? here is how it looks on mobile ![](https://lemmy.ml/pictrs/image/ca0cc40f-be68-4f4a-a9b9-1fa937d33e7e.png)
fedilink
12
message-square

What prevents lemmy team from making Cardview on mobile like Hexbear?

fedilink
@jay91@lemmy.mltoLate Stage Capitalism@lemmygrad.ml•Senators are passing legialation to make it impossible to find them and protest outside their homes. Get the addresses now. This is how fascism starts. There will be no accountability or repercussions
link
fedilink
0•7M

That’s should be fine, its part of the democracy system.

Taliban orders all Afghan women to cover faces in public

Taliban orders all Afghan women to cover faces in public

The western leaders want to you to see what they want you to see, not what the truth require! totally normal reaction from twitter.

Germany on the top of few European countries pay what equals to 700 million dollars everyday to Russia, this is only from European countries, china pay 80% of that amount. and you should consider India, some African and Latin America countries as well.

This is only comes from oil and gas. don`t forget they invest in space, technology, military. the military products of Russia are used in more than 90 countries, and these products require maintenance and spare parts, and all this should be done by the manufacturer. For example when Russia sends an engineer to turkey to check or fix the S400, turkey pay 10s of thousands of dollars each day for this engineer and all this goes to the Russian government. same apply on the other products.

Every time the US is stack facing Russia, they bring the chemical weapons thing. few years back, did that in Syria, but the inspectors couldn’t find any traces. so, this is an old game the US and the NATO should change or update, because this is no longer working, since the WMDs of iraq.

link
fedilink
@jay91@lemmy.mltoWorld News@lemmy.ml•Russia has a $140 billion stockpile of gold, but no one wants to buy it
link
fedilink
3•9M

Makes sense enough, i don`t know what you mean with certificates, but i believe its not easy to sell even if you find a market because this is something regulated at some point i guess.

Zelensky: 'I'm ready for negotiations' with Putin, but if they fail, it could mean 'a third World War'

Zelensky: 'I'm ready for negotiations' with Putin, but if they fail, it could mean 'a third World War'

fedilink
@jay91@lemmy.mltoWorld News@lemmy.ml•Russia has a $140 billion stockpile of gold, but no one wants to buy it
link
fedilink
10•9M

Russia will always find a market for this.

So, everyone know this, even the Europeans, but they can`t do anything about it. because in Europe, part of having a healthcare, freedom of move, and jobs its to turn into a puppet country for the US, and this starts from Germany, Italy and Poland.

and i can tell you this, many US soldiers violated the laws in these countries and especially in Germany but the German courts cannot prosecute them because they are under US military and this may cause problems for them.

US soldiers, used guns to threat people in bars and nightclubs, they used military IDs to get access, they showed guns in public even without uniforms (off duty), US military base cars violated traffic law 1000s times around Ramstein AB and the German authorities did nothing.

So the idea of all, you do what we want you, or you go in dark. the reaction from western media is expected toward Russia, because they tell what the US want, and absolutely they are good with that.

link
fedilink
@jay91@lemmy.mltoTechnology@lemmy.ml•Facebook breaks its own rules to allow for some calls to violence against Russian invaders
link
fedilink
2•9M

I see from my prospective that lemmy listing on mobile need more improvements, its not that bad, but not prefect at the same time, still you can read with no issues, but why not if something perfect can run with modern user experience? i don't use reddit but few days ago i visited it on mobile for curiosity and found that reddit has a view mode named "Card View", and i can`t deny i loved it as a design. So, do you think lemmy should do the same soon?, giving more ability to users to switch between view modes?
fedilink
3
message-square

Lets say i have created a community on lemmy, and after some time when people posted some posts to my community, i decided to delete it. what will happen to these posts associated to my community?
fedilink
2
message-square

Making trending posts instead of trending communities on lemmy

Sorry, i don`t know if this is the correct community to share my thoughts, but I'm wondering if lemmy team does trending posts instead of communities. As most of us know, trending widgets are to attract the attention to specific topics, and titles play a big role in this. i believe if lemmy team switches the trending communities in the sidebar to show trending topics the widget will paly bigger role to extend the reading time. Share your thoughts if you agree or not.
fedilink
1
message-square

Making trending posts instead of trending communities on lemmy

How do you fund your lemmy instance?

Its not a secret that no ads on lemmy, which makes the process more difficult paying for hosting to keep your instance only, so tell me! How do you fund your lemmy instance? do you sell products through lemmy? Donations? how you convince people to donate to your instance? Do you sell subscriptions? how?
fedilink
23
message-square

How do you fund your lemmy instance?

What web softwares lemmy`s team recommend to use to run an instance that respects privacy?

So me and my team planning to run our lemmy instance, but i was thinking what cam make lemmy complete at the same time respects the privacy of the users. I need to know the below: 1- Best alternative to Cloudflare. 2- Best alternative to Google analytics. 3- "Recommend use to support lemmy to work properly" I hear a lot about cloudflare on lemmy, users sounds unhappy with it for many reasons, so its very important to me to how we can replace cloudflare when we launch our instance.
fedilink
5
message-square

What web softwares lemmy`s team recommend to use to run an instance that respects privacy?